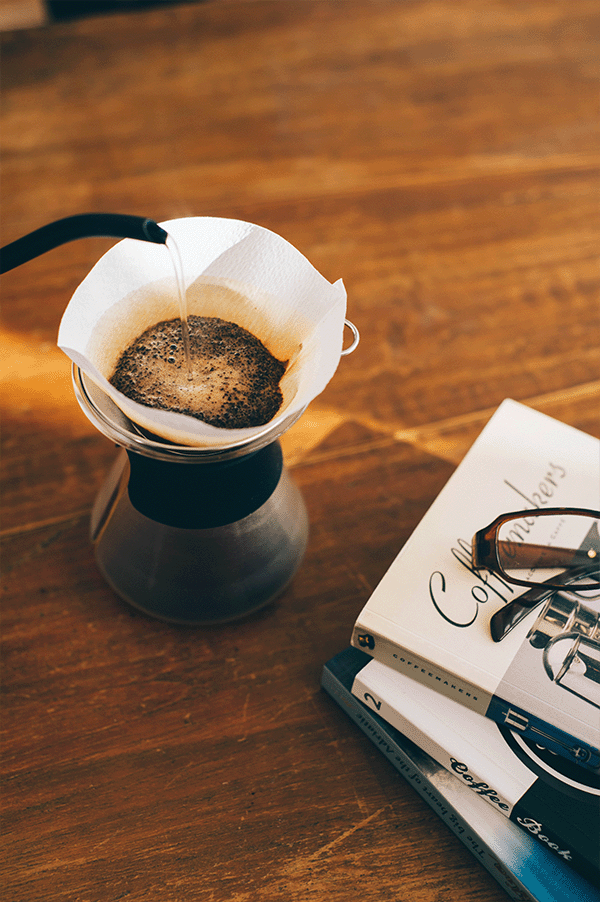 SCROLL
↓
Bringing back retro products from HARIO's 100-year history
HARIO was founded as a processor of scientific equipment and we celebrate our 100th anniversary this year. As we continued to research the production of heatproof glass, we were able to apply this expertise to household items and brighten homes with a variety of products.
This time, we will look back at popular household items we have produced over the years and the historical context of their release. Join us on this nostalgia trip, we hope that you can make new discoveries along the way.
Stylish kitchens of the 1960s 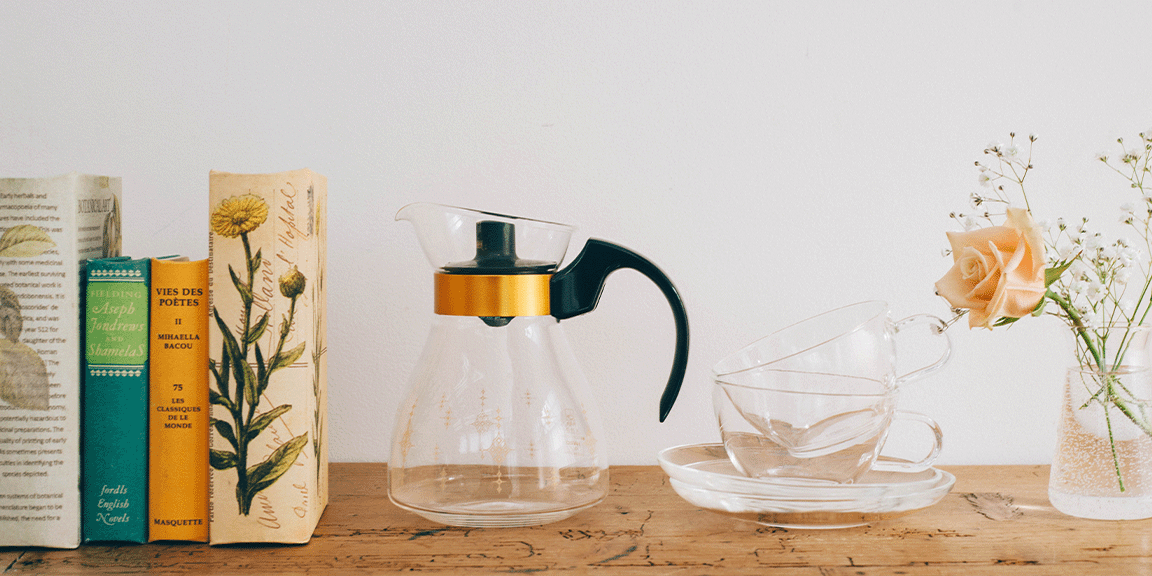 The Tea Pot Robin was released in 1966, the year of the Beatles’ arrival in Japan and two years after the Tokyo Olympics. Its shape was designed to match Japanese kitchens of the era and for ease of pouring. The diagonal cut required advanced techniques and gave the teapot a distinctive shape that allowed liquid to gather near the spout.
The joy of syphons in the 1970s 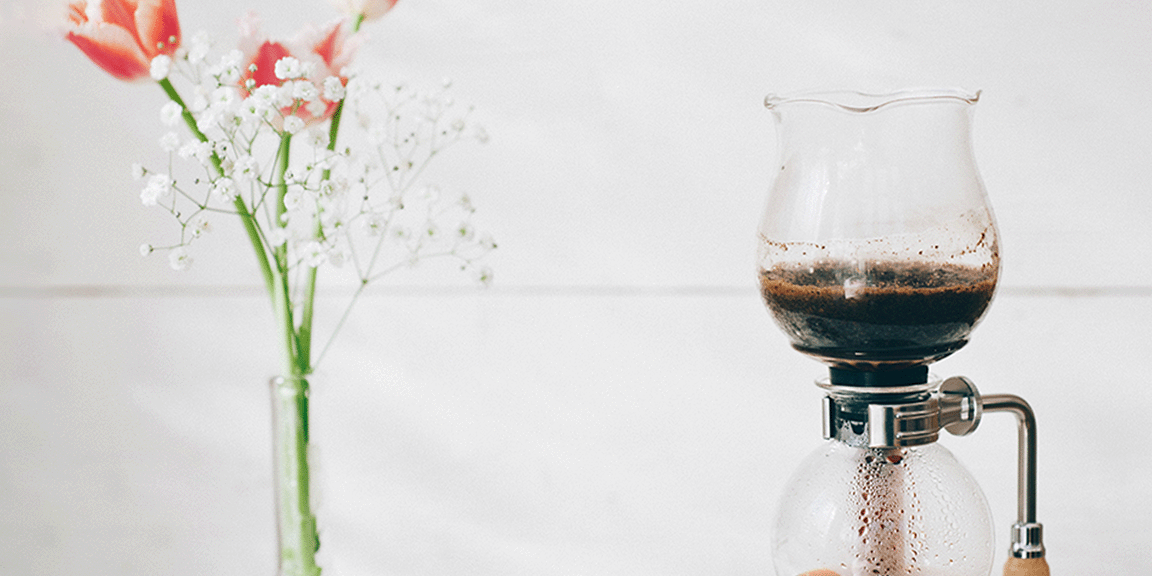 In 1976, the first personal computer kit was released and coffee syphons were a big hit. There was a wide variety of syphons and two were released under the Oshare Syphon name.
The Boku syphon featured an upper bowl with strong, straight lines, while the Hana had softer lines with a design in the shape of flower petals.
The straight design of the Boku continues to be the standard shape for syphons to this day, but the Hana’s flower design is now seldom seen, making it a unique piece embodying a spirit of playfulness.
A predecessor to the V60 coffee dripper emerges in the 1980s 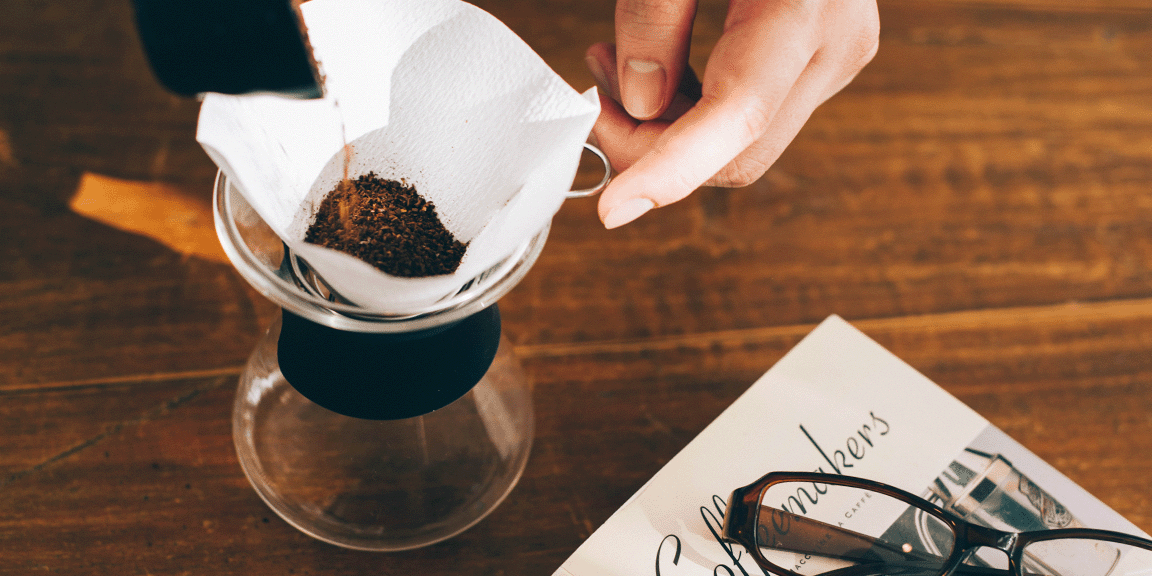 In 1980, Japan was the world’s largest producer of automobiles. Coffee imports also increased around this time as it transitioned from being a luxury item to a drink that could be enjoyed in various forms, including canned and instant varieties. The Mini Coffee Dripper was created following various experiments in search of a simpler way to reproduce the cloth drip coffee painstakingly poured by master baristas of the time.
The prototype of the V60 conical dripper used to try extracting coffee was made with a funnel and filter paper that were in the company's glass testing room and used steel wires to hold the paper.
Beautiful Japanese style in the 1990s 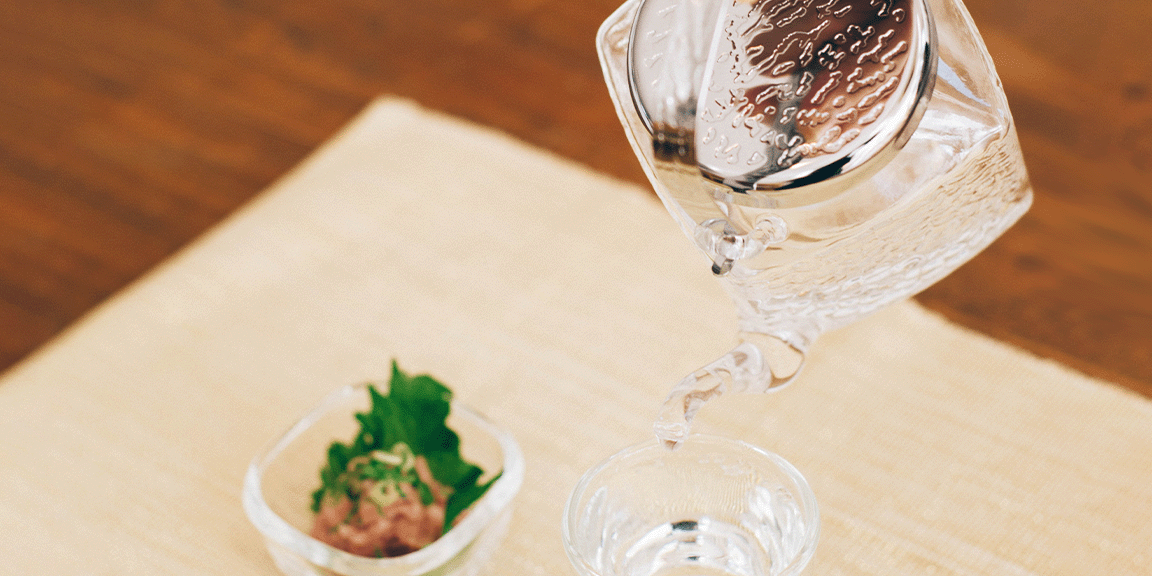 In 1992, the economic bubble that started in Japan in 1986 came to an end and a sake cooler that combined functionality with luxury was launched. Using special techniques, this Chirori was molded into a square shape suitable for storage in restaurants. The rock-like pattern on the sides projected the idea of a cool beverage while showing the unique beauty of luxurious glass even in confined spaces.
Sake Cooler “Kaku Chirori”

These four items produced using specialized techniques will be re-released for a limited time. Enjoy the taste produced by this series.